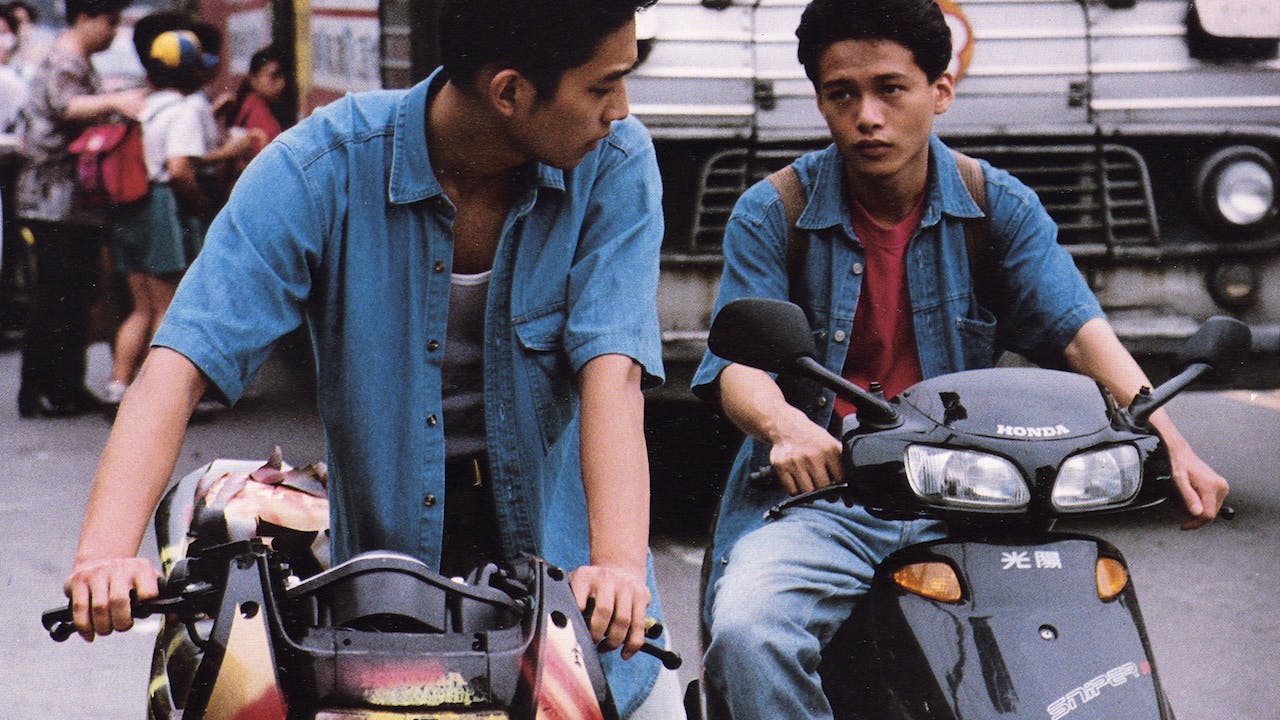 REBELS OF THE NEON GOD @ CineCina

Tsai Ming-liang emerged on the world cinema scene in 1992 with his groundbreaking first feature, REBELS OF THE NEON GOD. His debut already includes a handful of elements familiar to fans of subsequent work: a deceptively spare style often branded “minimalist”; actor Lee Kang-sheng as the silent and sullen Hsiao-kang; copious amounts of water, whether pouring from the sky or bubbling up from a clogged drain; and enough urban anomie to ensure that even the subtle humor in evidence is tinged with pathos.

The loosely structured plot involves Hsiao-kang, a despondent cram school student, who becomes obsessed with young petty thief Ah-tze, after Ah-tze smashes the rearview mirror of a taxi driven by Hsiao-kang’s father. Hsiao-kang stalks Ah-tze and his buddy Ah-ping as they hang out in the film’s iconic arcade (featuring a telling poster of James Dean on the wall) and other locales around Taipei, and ultimately takes his revenge.

REBELS OF THE NEON GOD is a remarkably impressive first film that hints at the promise of its director: a talent confirmed by Tsai’s equally stunning second feature, VIVE L’AMOUR (Golden Lion, Venice), and continuing to his more recent film, STRAY DOGS, which ranked high on many “best of” lists in 2014. Though showing such diverse influences as the French New Wave, Wong Kar-wai’s early films—and, yes, REBEL WITHOUT A CAUSE—Tsai’s film is most remarkable for introducing his startlingly unique vision to world cinema.