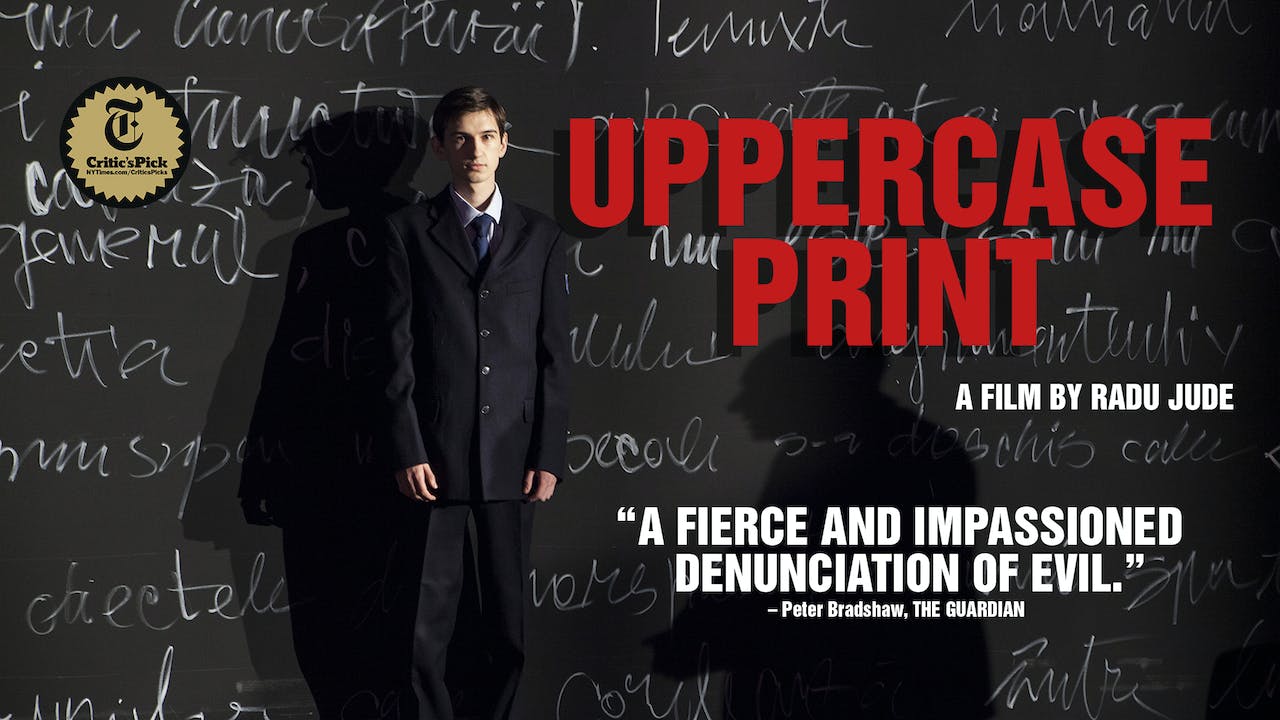 UPPERCASE PRINT at The Cinematheque

“Critic’s Pick!…A rousing, form-bending new feature by the Romanian auteur Radu Jude… Jude’s genius lies in his ability to turn [bureaucratic] words against themselves — to render them absurd through canny juxtapositions of text and image, documentary and fiction.” – Devika Girish, New York Times

“‘Uppercase Print’ expands the practice of nonfiction filmmaking into ingeniously imaginative dimensions… Jude, with his multiple dimensions of inquiry and imagination, poses philosophical questions about conscience and consciousness, media consumption and social order, that reach far beyond the case and era at hand to challenge the deceptions and delusions of ostensible present-day democracies.” – Richard Brody, The New Yorker